Situational leadership refers to when the leader or manager of an organization must adjust his or her style to fit the development level of the followers he or she is trying to influence. Each of the teams won virtual sales awards and made investments by setting up joint ventures (JVs), which are joint business that work to achieve common objectives.

Starting with specific business fund per capita, each JV won sales by visiting designated historical and cultural areas on Jeju Island and by carrying out various missions such as street performances and taking photos of all team members with a sunrise in the background. All teams invested in the JVs judged likely to rank No. 1 or No. 2 in sales and turned their profits to revenue. Penalties were imposed on teams that lacked documentary evidence of expenditures or that arrived late at the final location.

Team 3 showed its innovative adaptation to challenges with the first busking performance (street performance) since the beginning of the Yonsei MBA leadership program. The team won the leadership award by being appraised as focusing on members’ strengths, building trust among team members before their departure to Jeju, and sharing roles in the field to increase the team’s overall efficiency. Team Leader Hyeon-Cheol Jeong evaluated the program with a comment: “A leadership program has no answers. You can learn as much as you want and think.” 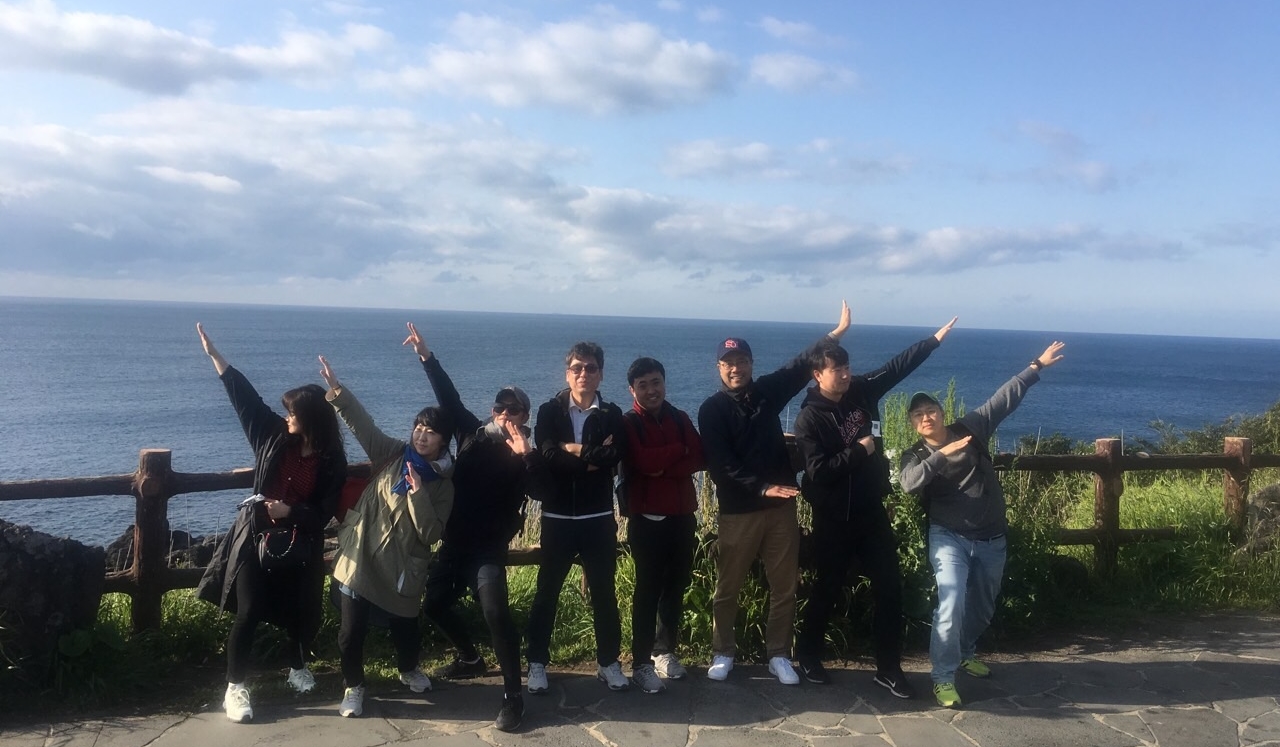 Team 2’s creative award reflected efforts to organize its video scenarios, film its activities in accordance with the scenarios, and carefully perform the final editing. "It was the strength of Team 2 that all the members showed good leadership in their respective roles," said their team leader Byung-Duck Lee.

Through a series of activities, the 66 participants of the leadership program were able to experience overall management activities, such as creating strategies and their implementation, effective decision making and organizational management, all without putting limits on their understanding of situational leadership.