The Finnish company that once had the largest share of the world’s mobile phone market failed because its overwhelming success led to management’s complacency in the face of a changing market, its current chairman told an audience in April at the 4th Yonsei Venture, Innovation and Startup Program’s Global CEO Talk.

Nokia Chairman Risto Siilasmaa, who is credited with the company’s rebirth, said management of the firm, which once accounted for 80 percent of Finnish companies’ gross profits, was a victim of its own success because it lulled management into ignoring “small signs” of change in its market.

He cited “trust” and “a sense of ownership” by employees as the driving forces behind Nokia’s rebirth. “A leader should believe in anonymous internal reporting that points out the real problems and faithfully reflect the opinions of employees. Bad news is good news, and no news is not good news,” he said. “If employees don’t feel a sense of ownership, they can’t produce a good result.”

Chairman Siilasmaa also emphasized that companies in crisis should collect as much data as possible by developing trustworthy internal and external relationships. Companies should then use the data to “prepare for every situation,” he said.

Chairman Siilasmaa has been awarded an honorary doctorate in technology by Aalto University in Finland, one of the universities in international partnership with the Yonsei School of Business. Because he has a strong interest in Aalto University, Chairman Siilasmaa donated USD1,000 to encourage the YSB students who would participate in the 2019 Aalto Ventures Program during summer vacation.

After his lecture, Chairman Siilasmaa signed copies of his book Transforming Nokia, for members of the audience. 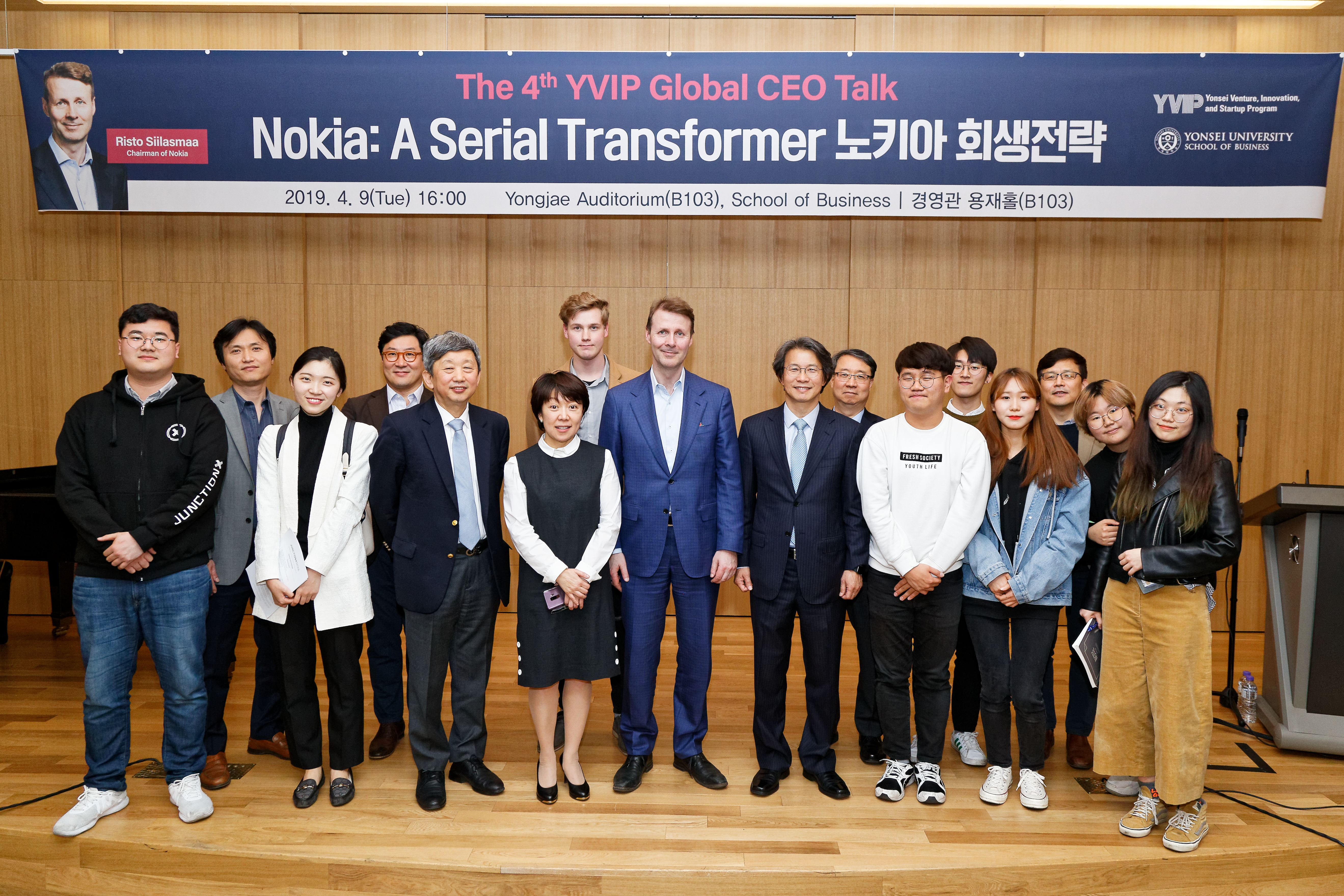 Global CEO Talk is a regular lectures series of the Yonsei School of Business Its aim is to raise students’ aspirations to grow into future entrepreneurs and to develop their intellectual openness and flexibility by learning firsthand about changes in the world experienced by global business leaders. In addition to Chairman Siilasmaa, other speakers in the series to date have been Kyung-Bae Suh, CEO of AmorePacific Group, Seok-Hyun Hong, chairman of JoongAng Holdings, and Young-Suk Chi, chairman of Elsevier.