“Global MBA Night” brought students and graduates together on November 25 for networking, mentoring, and career advice. 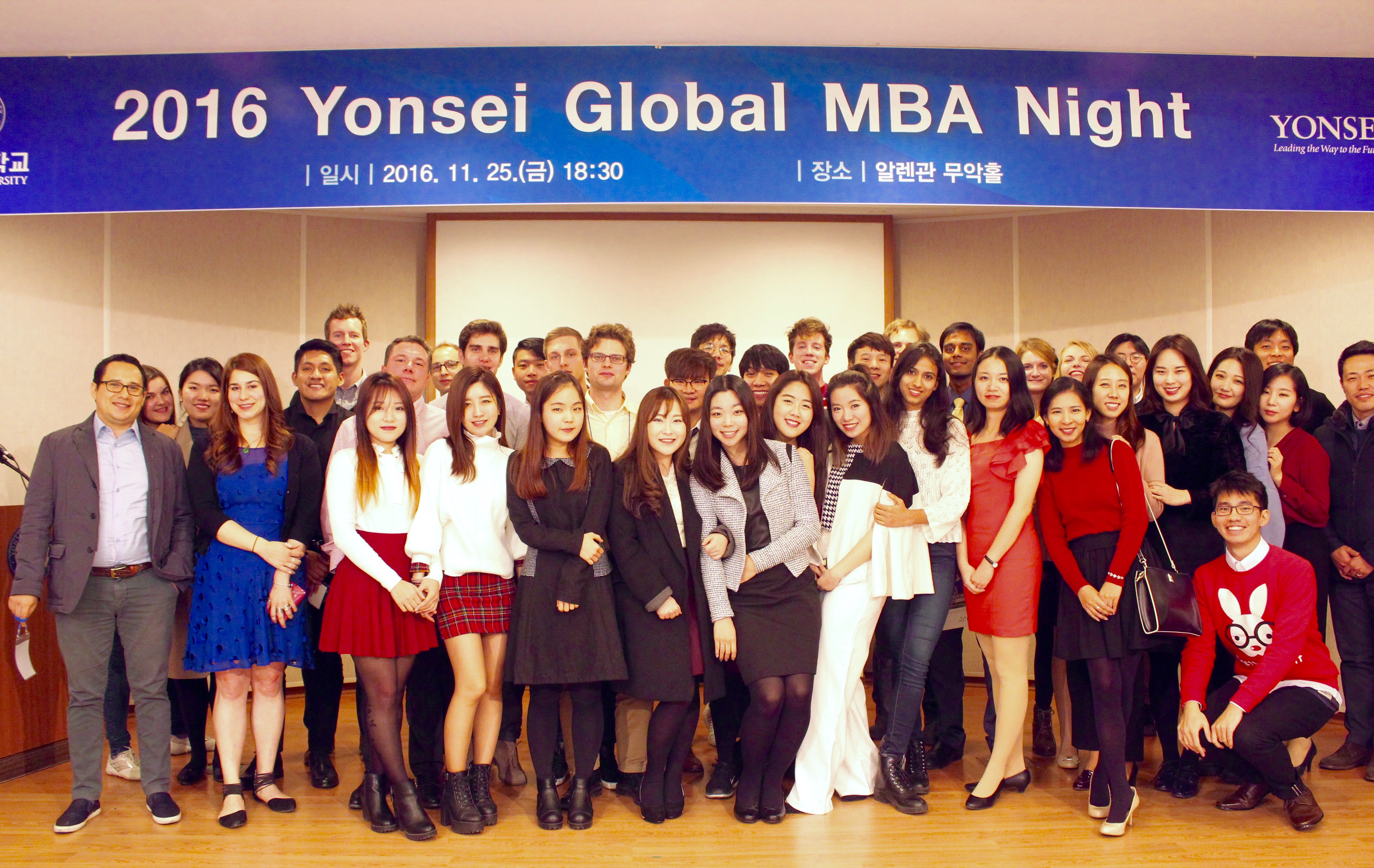 Subin Im, associate dean of MBA programs, and Soon Hong Min, academic director of the global MBA program, thanked graduates for returning to their alma mater and encouraging and advising their successor students.

The students themselves were the entertainment for the evening, with three performances after dinner. Two teams sang and loosened up the crowd, then a team of men and women students showed off their salsa skills. The students were also surprised by the talent on display because, with their busy schedules, they were unaware of their fellow students’ skills. 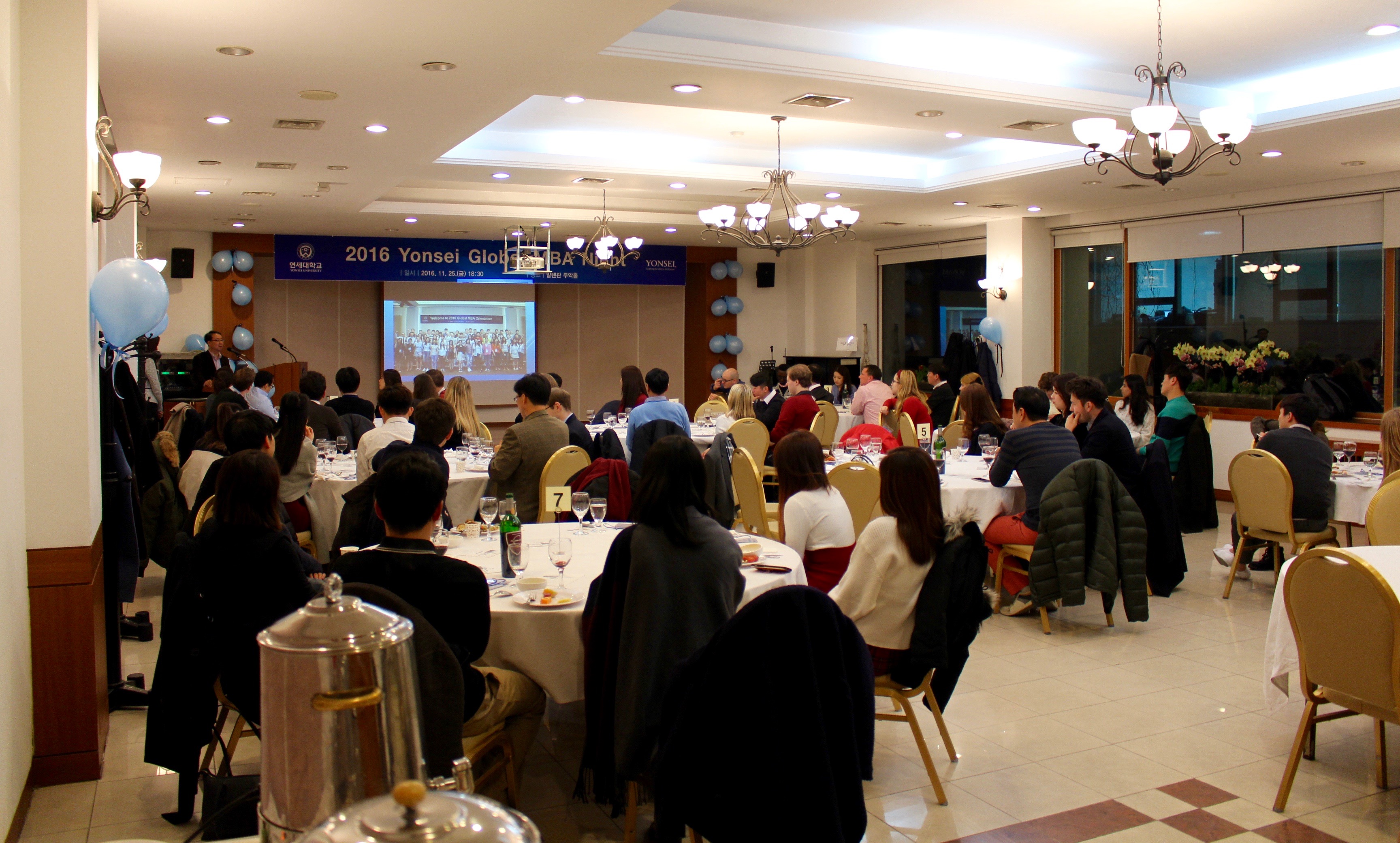 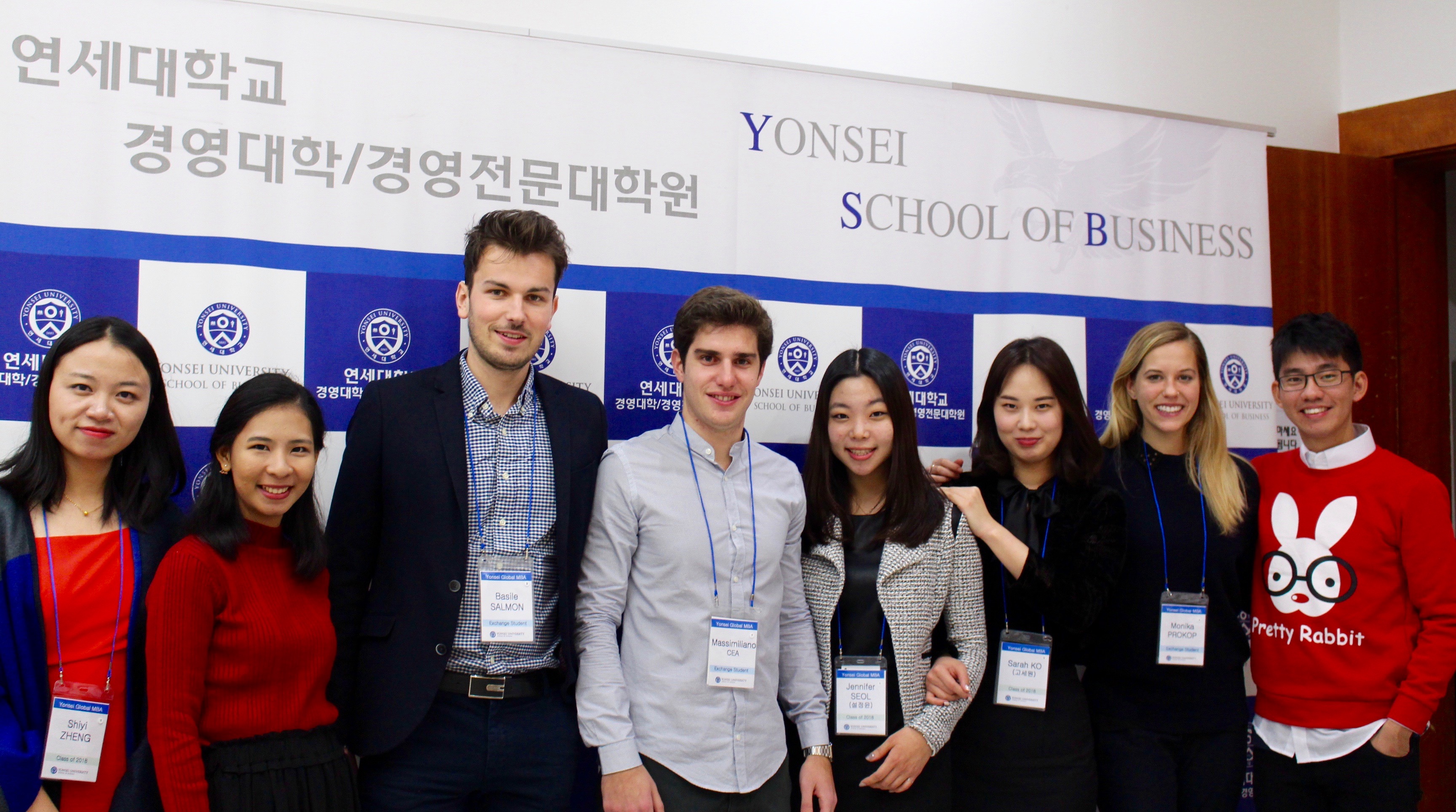 “Like the Thanksgiving Day in the U.S., Global MBA graduates and current students were gathered in one room to enjoy each other’s presence. I never knew how talented my colleagues were until today,” Melinda Neal (entering class of 2016, GMBA) said. “Normally, it’s not easy to come across graduates but Yonsei organized this event, and this event was very helpful.”

Thomas Merckens (entering class of 2016, GMBA) said that the information from graduates actually working in their fields “was highly valuable.” “