Two YSB students were on the winning team in the ACN Global Business Ethics Case Competition (ACN) and two others were on the team that received the Best Cooperation Award. 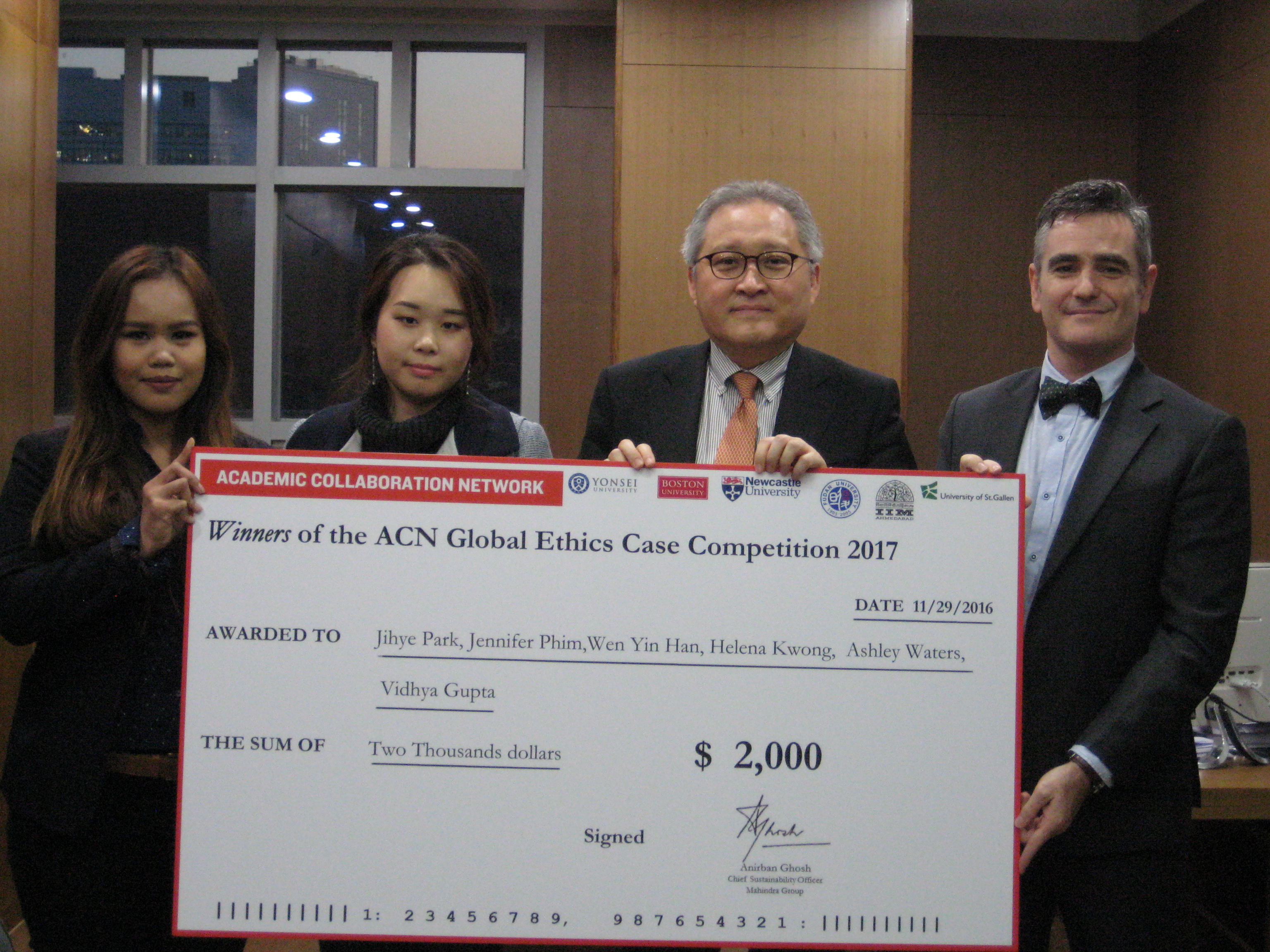 Each team must present a solution to a given case after three weeks of analysis. The competition is unusual in that the competition is organized online and that the team consists of a mix of students from different countries.

A total of 12 teams consisting of six students each joined the competition, and four students from Yonsei participated in two teams. All teams were given a same assignment: ‘A scenario analysis of the changing automobile industry in the coming digital era and a future growth strategy formulation of Mahindra’s automobile division.’ 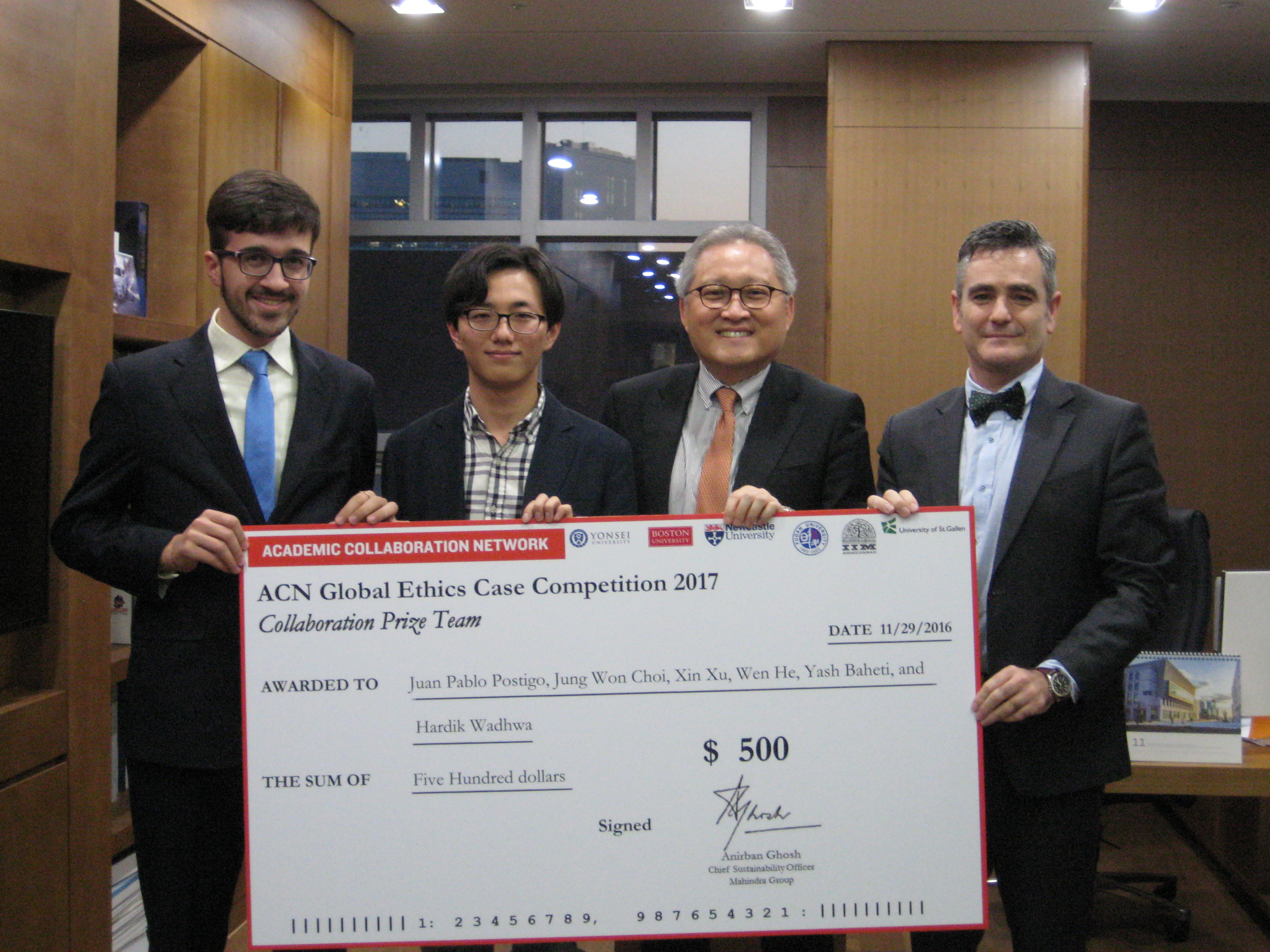 Professor Andres Guiral of Accounting, who supervised the ACN competition, was delighted with how the Yonsei students performed. “I am very proud of Yonsei students for their hard work despite the intensive load they had as the competition gave only three weeks for students in the U.S., U.K., and Korea to analyze the case and submit a video.” He also noted that this case competition is full of learning opportunities because it brings together students from prominent universities around the world to communicate with and to build a global network. 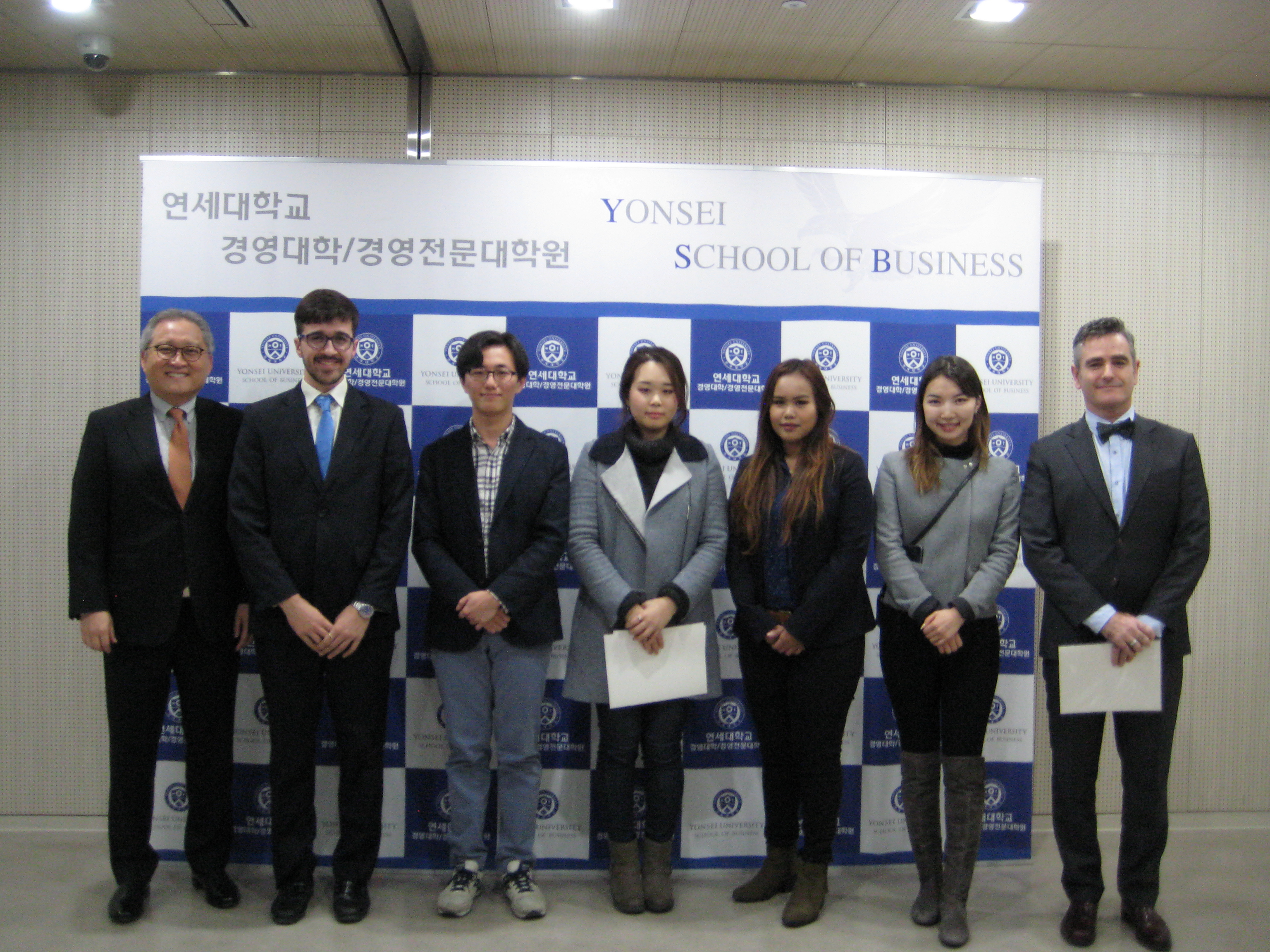 Jihye Park’s team discussed the best way to communicate from the outset because team members were located in Korea, the United States, and London. They tried Skype’s video call function but had technical problems. However, they found an alternative way of posting references and relevant documents on Google Docs so that members could check up on updates in real time and edit them, overcoming the time difference. As members voluntarily bore not only their load but the load of their teammates, the extra effort paid off handsomely with the honor of winning the competition. “It was difficult since it was my first time analyzing a real case of a firm presenting a solution but I am glad we achieved good results,” Jihye Park said. She also added that she learned to analyze cases more efficiently as well as more in-depth, and recommended this competition to students who are interested in how firms formulate business strategies and how these strategies can involve business ethics issues.

Jihwan Suh received the Best Cooperation Award. This award is given to a team that cooperated in an innovative way. The team used KaKao Talk. This method allowed team communication to flow well and helped develop a close relationship between team members. “It was not easy to communicate and coordinate team meetings since our team members lived in different time zones,” Jihwan Suh recalled, sharing their experience of overcoming communication barriers. Jihwan Suh also said that participating in ACN provided an opportunity to experience secondhand how to communicate in a real firm and to enhance problem and situation analysis capabilities.