Eunhee Ahn (Information Systems major, Professor Seung Hyun Kim), a YSB Ph.D. student, has been named as one of the "Forbes 30 Under 30 Asia Class of 2020" by Forbes, an American magazine. Forbes annually selects this list of influential people younger than 30 in 10 fields from 24 countries in Asia and the Pacific.

When asked about her acceptance speech, Ahn said, "It is a great honor personally, and I will continue to do what I can and what I like at my position. Big data is the environment itself in which we live." She thinks the combination of artificial intelligence (AI) and human intelligence is a critical issue and requires exploration of ways to use AI wisely based on human experience. 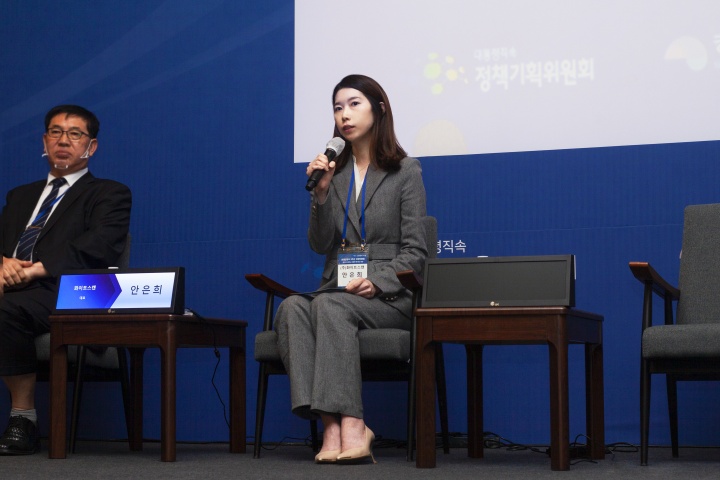 Ahn is the CEO of WhiteScan Inc., a cybersecurity venture company, and an adjunct professor of information security at Seoul Women's University. WhiteScan is a company that provides cyber threat intelligence services based on AI, and is also conducting research related to cybersecurity for information systems in the business field.

"WhiteScan is social enterprise-oriented," Ahn said, mentioning Samasource founded by Leyla Zana. Samasource provides basic data for AI-based projects. It offers stable job positions for the poor of the country, helping them build up self-reliance and self-esteem. Ahn said that she takes pride and satisfaction in performing projects related to security, and she would like to create a company that contributes to national development in the long run.

Among all her numerous achievements, the most memorable moment was the “2019 Cyber Operations Challenge,” one of four major national hacking competitions held by the Cyber Operations Command and hosted by the Ministry of National Defense. In this competition, WhiteScan showcased its unique skills by competing in a scenario of “Korea's best cybersecurity talents defend the country in danger.” At the end of the competition, all the teams gathered and cheered together at finishing the challenge. She recalled, "I still remember the thrills."