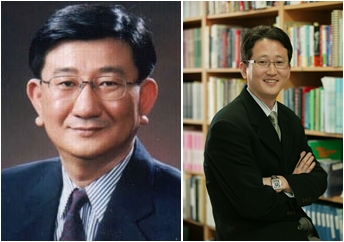 Professor Young Ryeol Park his goal during his term will be to achieve a renaissance of the discipline of business administration by emphasizing interdisciplinary research and educational innovation. He proposed five projects to fulfill this goal: (1) Initiating interdisciplinary research between business administration and other disciplines; (2) Promoting innovation in business education; (3) Initiating a business society consisting of business scholars, companies, and government officials to promote dynamic industrial and academic cooperation; (4) Expanding collaboration with related organizations, such as the Council of Deans of Business Schools and the Korea Employers Federation; and (5) Expanding globalization of the academic society to China and other Asian countries.

Professor Yong Suhk Pak said he will endeavor to create a leading academic society highlighting the field of international business. His goal is an academic society that: (1) Reflects on the meaning of Academy; (2) Is open to new scholars and engages them; and (3) Cooperates with foreign academic societies, scholars, and multinational companies around the globe.

The Korea Academy of International Business was founded in 1988 as a society of scholars in the international business field. It is one of the nation’s leading academic research organizations in business administration. The main research topics include international competitiveness of companies and countries, globalization of companies, foreign investment, and foreign capital inducement.